Azael - Chapter I: Before the Trial

The Chilean Peñaflor/Santiago scene strikes again, this time with the eerie heavy metal act INSIGHT. This entity consists of (ex) members of acts such as Ripper, Hemisferio, Hellish or Armoured Knight (among many more). After some line up changes and switching from their Spanish mother tongue on their demo and debut ep to English on this new ep, the band has finally found their sound. Which is an unusual take on heavy metal, drawing inspirations from various old school metal styles and combining them into one complex, yet accessible unit. Above all throne the captivating vocals of Dante Dubo. 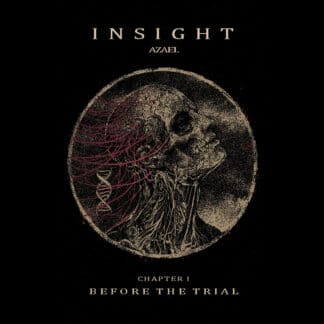