View cart “Iron Curtain – Danger Zone” has been added to your cart.

Up from the Depths Anthology

3LP+7″ anthology of great US Metal

Since the release of their debut single Metro-Mercenary in 1984, Florida-based heavy metal band Siren made an indelible impression on fans worldwide. For the first and only time, the complete demo collection has been made available in a single package along with the band’s full-length first album No Place Like Home. All of these early classics have been carefully remastered.

In addition, the reunited Siren – featuring four original members – has recorded three new songs and an updated version of the title song from the Dead of Night demo. This special package also features a replica of  the Metro-Mercenary 7″ single! 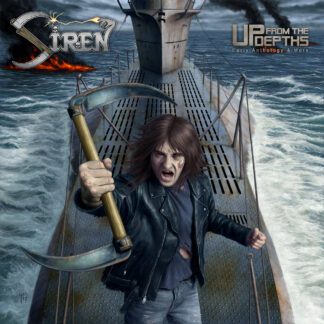