This release is dedicated to the memory of original vocalist Reine “Ray Alex” Alexandersson, who unexpectedly passed away in 2019. In Valhalla we will hear your voice once again! 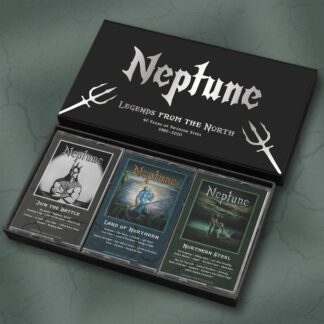 You're viewing: Neptune – Legends From The North (Cassette Box) 300,00 kr
Add to cart