Swedish H.M. is back with a vengeance

Click on the product link below to find the new batch of tapes.

Note: the re-stocked version is the self-released version printed by the band themselves, not the “hellflaming orange” version released by Jawbreaker Records.

Commando plays dark heavy metal and comes from the deep woods of Värmland, Sweden. This is the young band’s debut two-track demo. The Jawbreaker Records version was limited to 100 copies on hellflaming orange tape, now sold out. 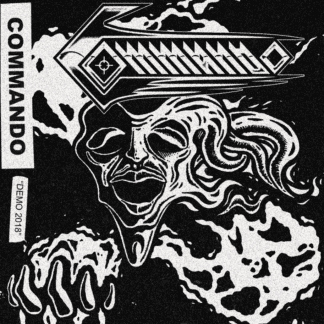