“Hobbs’ Satan’s Crusade” contains the band’s classic demos “Hobbs’ Angel Of Death” (1987) and “Virgin Metal Invasion From Down Under” (1988). Of the eleven tracks, eight made it onto the celebrated self-titled debut album from 1988, whereas “Liar”, “Chainsaw Massacre”, and “Satanic Overture” were first released on the original CD version of this compilation, which came out on Modern Invasion Music in 2003.

Both demos combined here on “Hobbs’ Satan’s Crusade” were recorded at Doug Saunders Studio In Melbourne, Australia. The first of these two secured Hobbs’ Angel of Death their record deal with Steamhammer. The stunning cover artwork was contributed by none other than Sadistik Exekution’s Reverend Kriss Hades. For this High Roller edition, “Hobbs’ Satan’s Crusade” has been mastered by Patrick W. Engel at Temple of Disharmony. 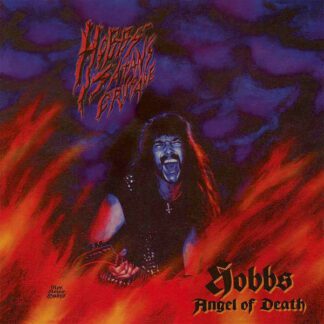