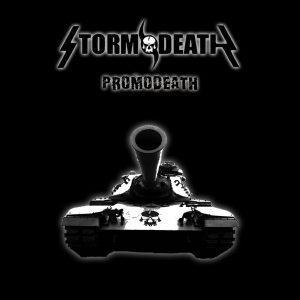 The very first Jawbreaker release was the tape version of the EP Promodeath by Stormdeath (thrashing heavy metal from Hisingen, Sweden). The EP was originally self-released by the band on CD in 2012, and then re-released in a special tour edition in 2013. The Jawbreaker tape version is limited to 100 copies.