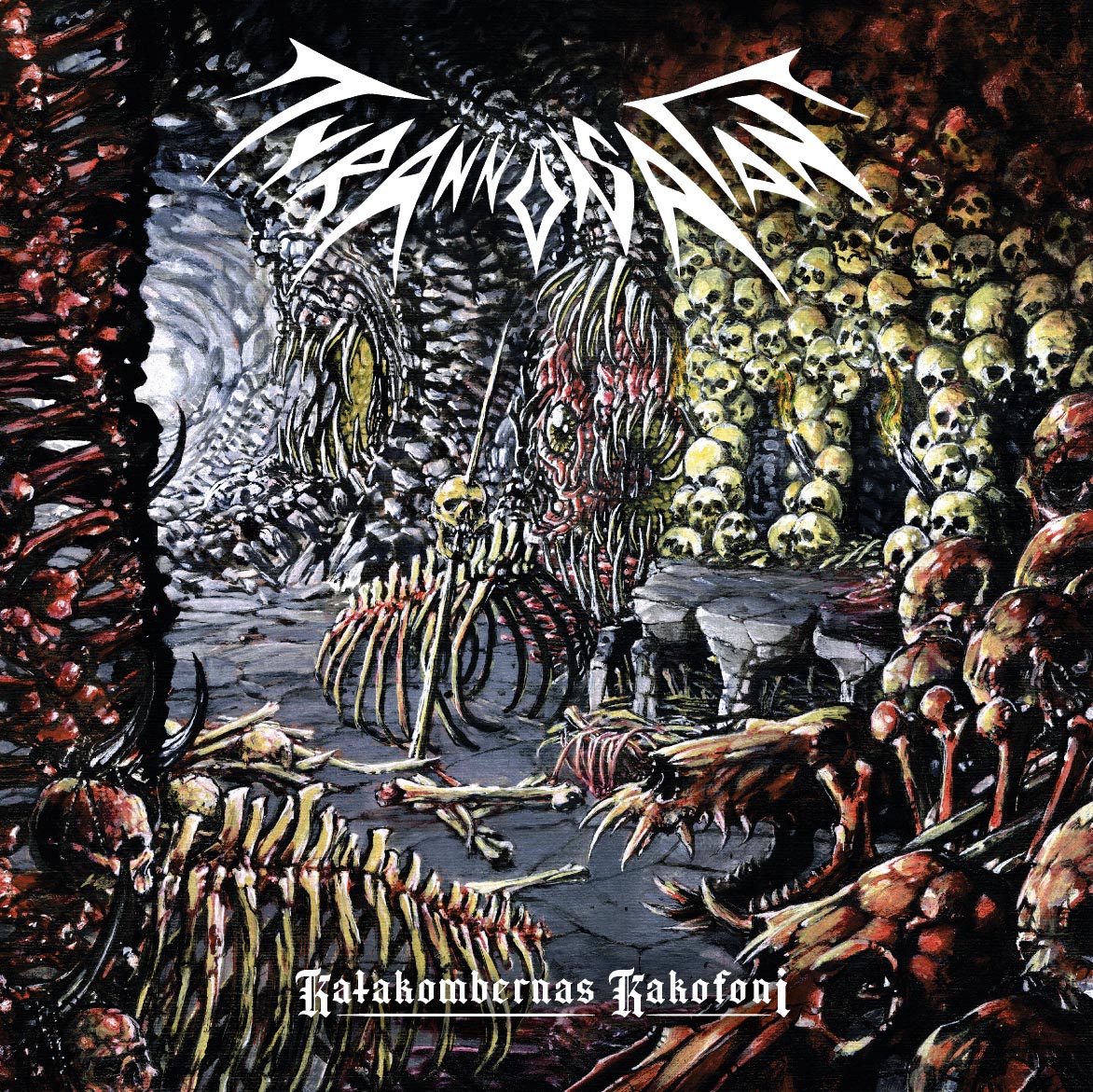 Jawbreaker Records are proud to announce the release of Katakombernas Kakofoni, the first full-length album by Tyrannosatan – a power trio from Gothenburg, Sweden.

The story of Tyrannosatan begins as far back as more than a decade ago, but then only as a vague idea in the head of guitarist/vocalist Nattsvart (also in Armory and Stormdeath) and some basic song ideas. Not until 2017 and after relocating to Goatenburg, Sweden, did he find the right jam partners (bassist/vocalist Isfall, also from Armory, and drummer Slirhammer from Irrbloss) to enable the power that is Tyrannosatan to enter the physical realm, but then only to release the Triumvirat demo before duties of the members’ other bands again took priority. A few years passed and a deadly plague took hold of the world, which indirectly led to the trio finding the spark again and start up Tyrannosatan once more during the fall of 2020. More songs were written, live gigs with full stage show were performed, and in February 2021 the three warrior-musicians finally entered the studio to record Katakombernas Kakofoni. Exactly one year later, in February 2022, the album was unleashed upon mankind through Jawbreaker Records on LP, cassette, and digital formats.

What was first intended to become a traditional black/thrash album actually ended up as a hybrid of various sub-genres of old school metal that it is hard to put a single label on. On Katakombernas Kakofoni you will hear not only hints of black and thrash, but also massive doses of heavy, speed and early death metal. This album certainly brings to mind the glory days of the mid-to-late eighties, when metal music started to explore heavier and previously uncharted territories, but before every band had to be divided into one out of several strict sub-styles, each with its own name. Basically Tyrannosatan plays real METAL! 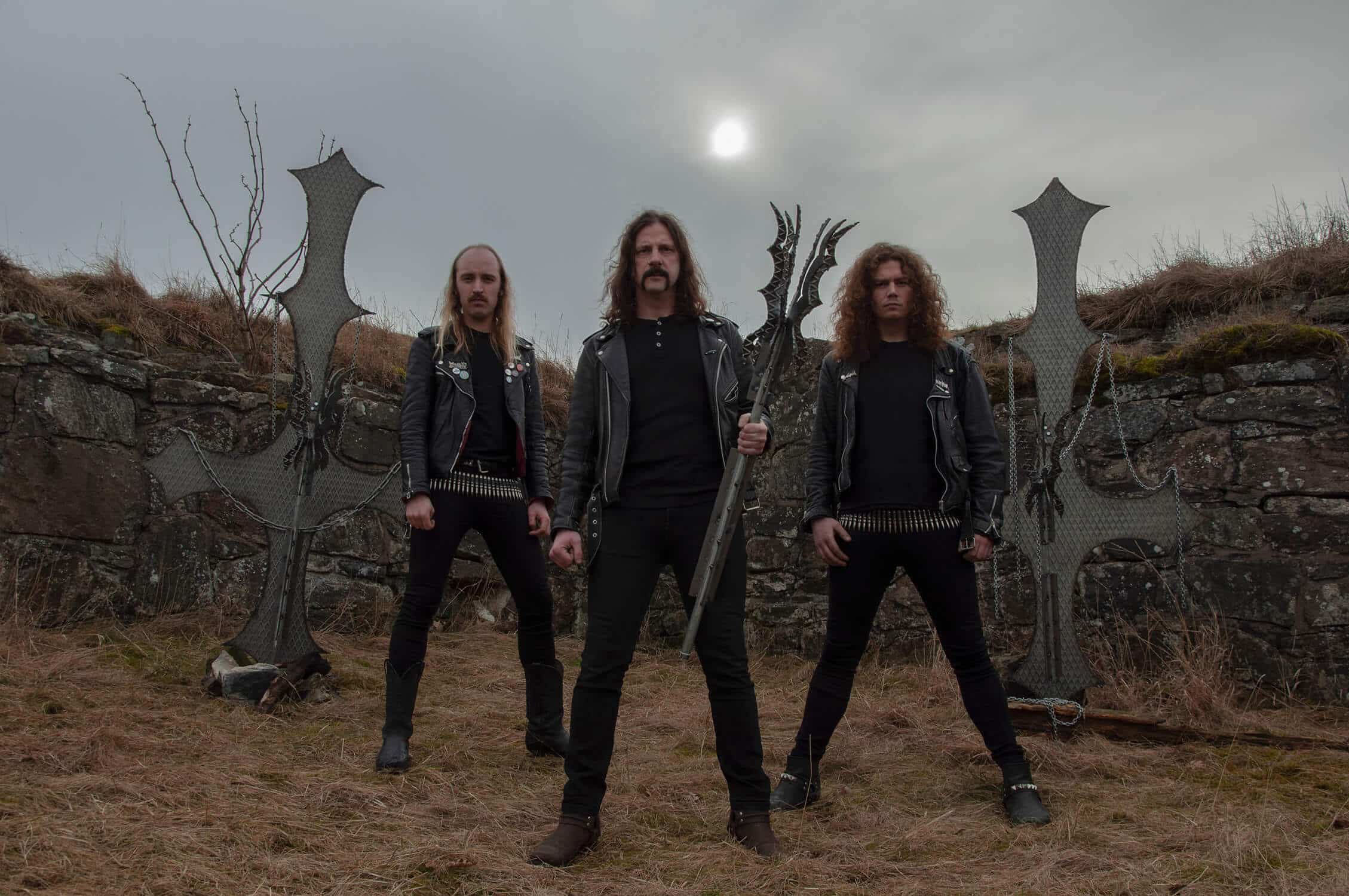 …Or listen to the full album online: https://tyrannosatan.bandcamp.com/album/katakombernas-kakofoni 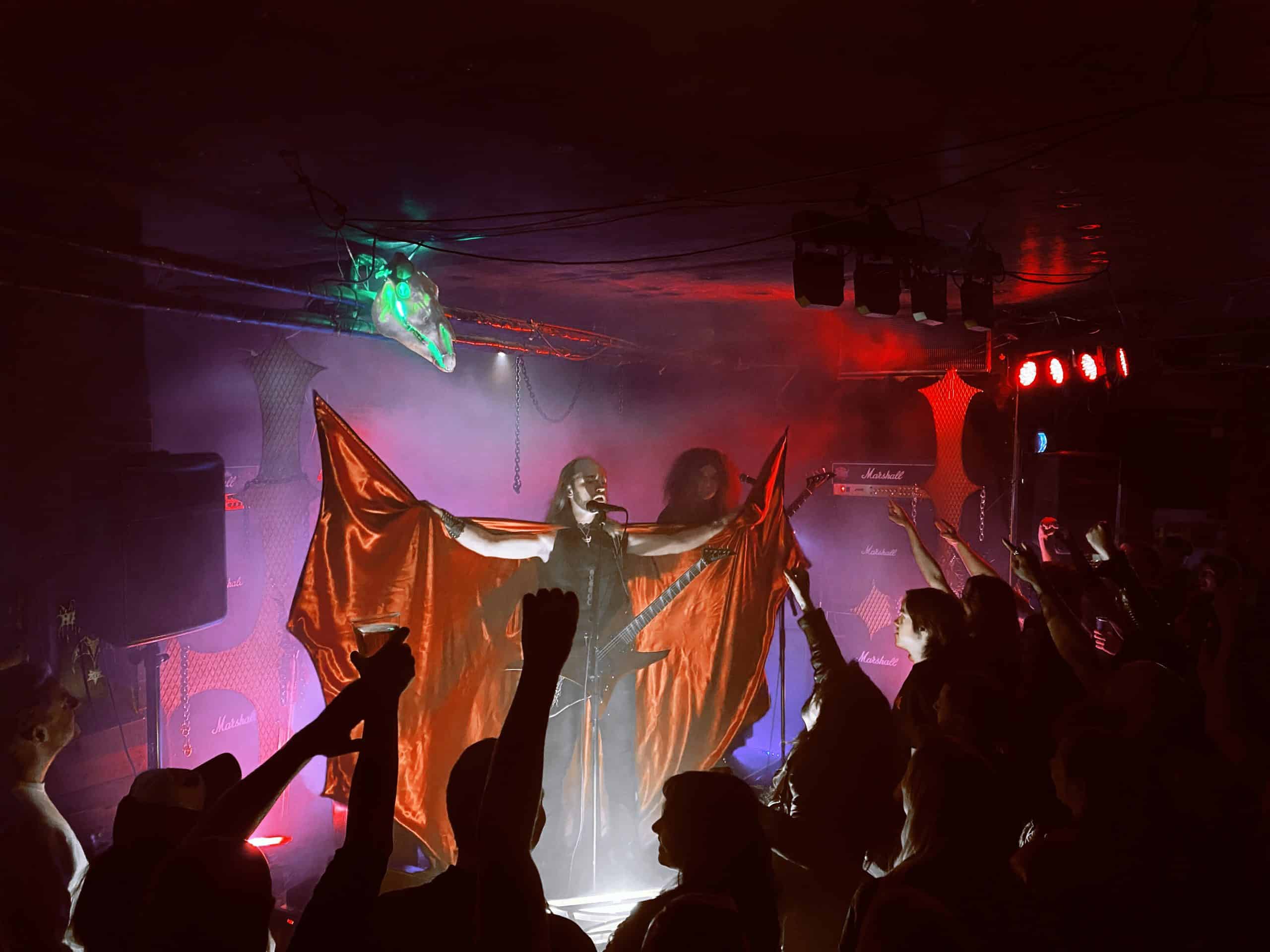