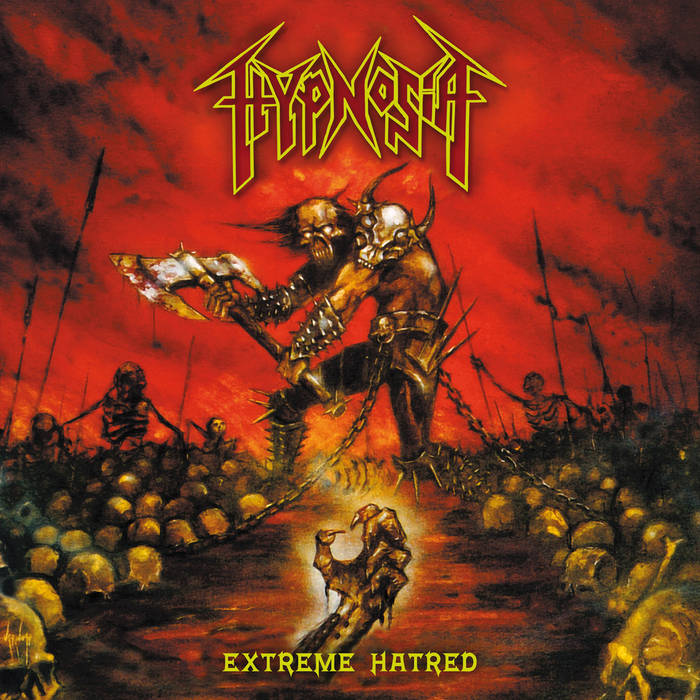 Jawbreaker Records are proud to present the first ever official tape version of Hypnosia – Extreme Hatred.

This ground-breaking thrash album was originally released back in 2000, but has never before been released on cassette. Features Cab Castervall (later in Portrait and Dreadful Fate), Hampus Klang (Bullet, Birdflesh) and Mike Sjöstrand (one of the best and fastest drummers in Swedish metal history – R.I.P.).