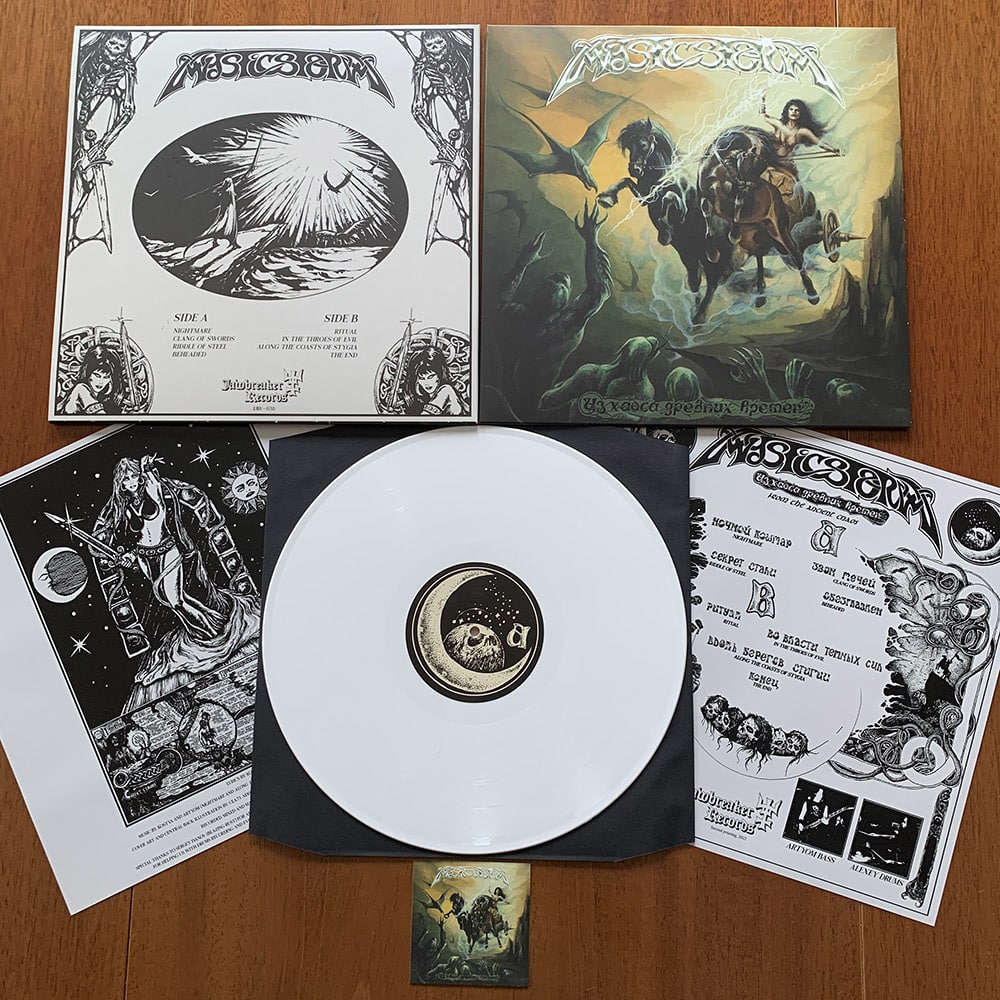 I know that many of you missed the chance to grab the Mystic Storm LP that came out on Jawbreaker Records in October 2021. But fear not, as the second pressing just arrived at long last, so now you have a new chance.

Mystic Storm hails from St. Petersburg, Russia, and plays a unique style of thrash mixed up with ultra heavy Bolt Thrower riffs, powerful vocals and wild speed metal melodies. The lyrics mostly concern leather-clad barbarian warriors and ancient evils from the world of Robert E. Howard and are sung in the Russian language. Musically traces can be heard of Manowar, Heavy Load, Bathory, Ария, Powerlord, Vio-Lence, Sentinel Beast and Immortal – but all mixed up in a fresh new way. This might be the best underground album to surface during the 20’s.

The second pressing of the LP comes with an improved design compared to the first pressing, available on white or black vinyl. Same great artwork and music though! The first pressing sold in less than a month, so make sure to be fast as a shark if you want a piece of sorcerous thrash metal!