Hello there again, Jawbreakers! The time has come to present the first of many interviews and articles to follow here on jawbreaker.se. The idea behind this part of the website is to give the artists released on Jawbreaker Records (and others too) a chance to express themselves and to give you readers an insight into their wicked minds. First up is singer/guitarist/songwriter T.F. from the infamous black metal band Voodus! 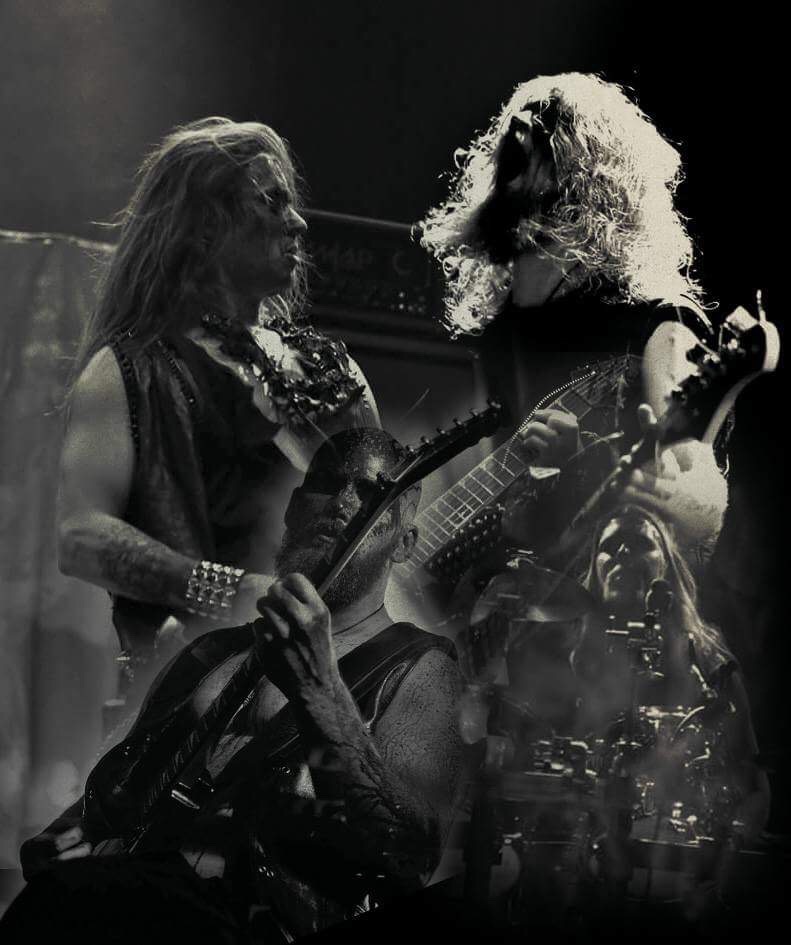 Hail! What has Voodus been up to lately?

Well, first of all I have to say that we have been on a Scandinavian tour with Mayhem! That was a fucking blast! It was huge for us. To hang out with these legends… Unfuckingreal! We will perform at the Mayhem gig in Gothenburg the 27th October as well.

The day after we will be heading to the Necromorbus Studio for the recording of our first album!

Two years ago, in conjunction with the release of the Nightqueen EP here on Jawbreaker Records, you changed your name from Jormundgand to Voodus. What lay behind that name change?

We did not feel the force any more. All inspiration and magic was gone. We were lost and started to do music we couldn’t stand up for. So we decided to kill Jormundgand! Burn the corpse of the dragon and wait for what to come.

Under deep magical influence the force of Voodus came to me as a revelation. The rest is quite hard to explain, but the magic came back to us, as you can hear in our music! Especially if you listen to the new material! To change name was the best way for us to find our way back to the path again. To start from scratch, with clear minds and burning hearts!!!

I don’t know. I can walk through a room and suddenly get a feel of… something… A connection to my creative part of the mind is setting up, then it is just to go with the flow!

Sometimes I get my inspiration from meditation, books, music, stories etc etc.

Can you tell the readers a bit of what your lyrics are about?

The lyrical theme is mainly about my own experiences and struggles with the abysmal depths of my self. The search and the longing for all the things that is beyond. And sometimes the strong connection I can feel between me and “them”, the dwellers of the nightside.

It has to be honest, that’s the most important thing.

The new album will have 3 songs with guest writers as well! I don’t know if they want me to go official with their names yet, so I’ll better shut my mouth about it for now. But the material they have written is true, black and dangerous art!

What do you think happens after death?

Well… I think it is highly individual. It depends on the powers you choose to connect yourself to. You can create your own destiny, both in life and after death.

What is your ultimate goal with your music?

My ultimate goal with Voodus…

If we could make the essence of Voodus to transform to a portal. A black hole of pure death and destruction!  A black sun of true light! A sharp-teethed and venomous mouth of hell! Devouring the creator and the creation. Well, that’s a good thing to work for. 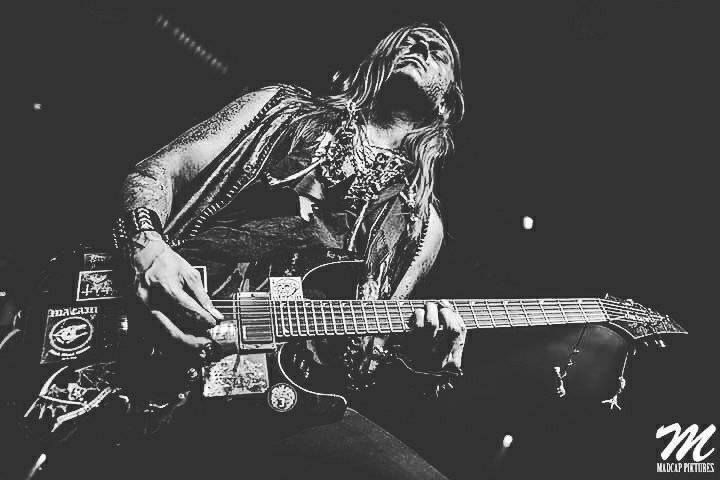