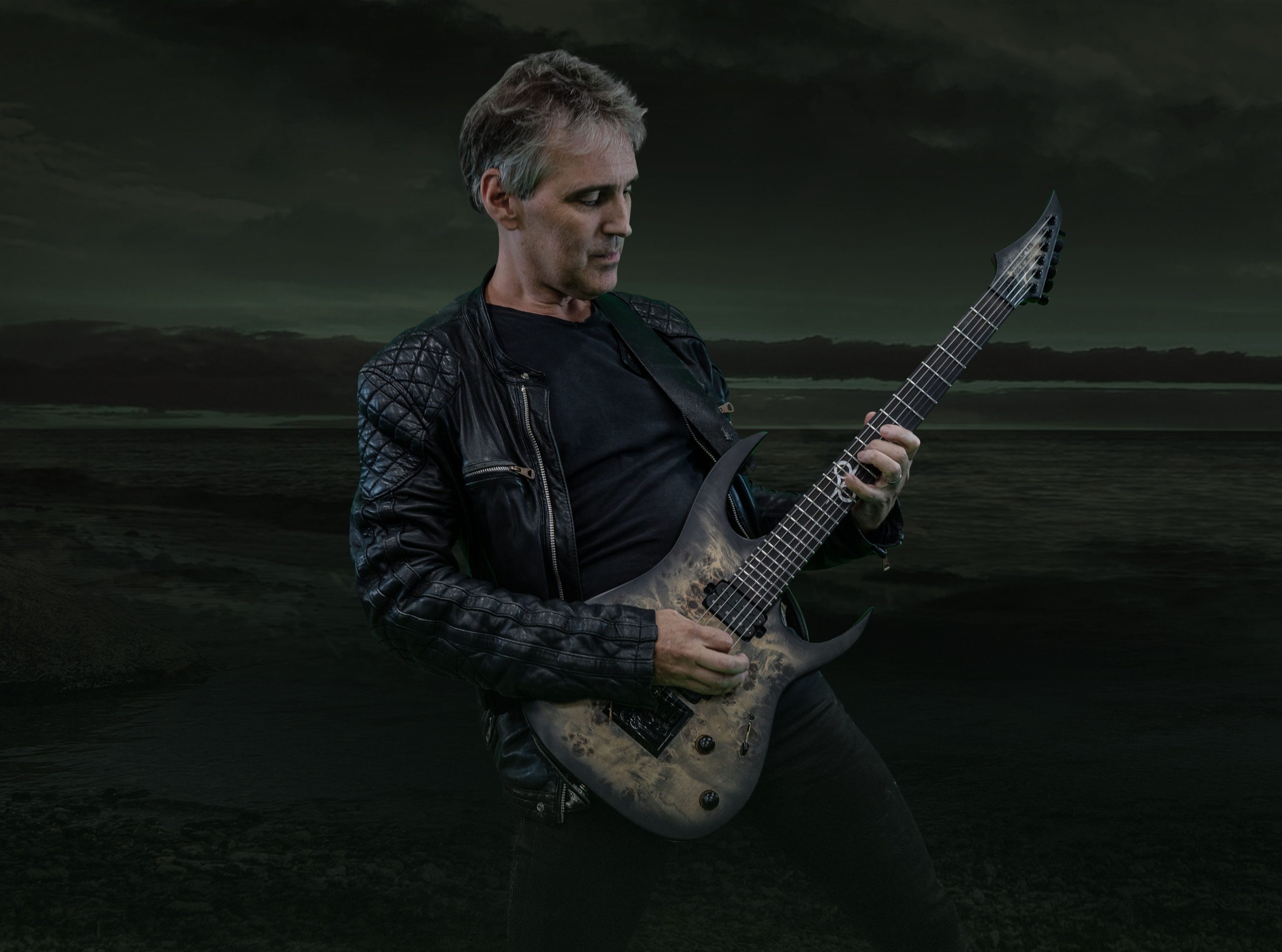 The band never really took off back in the 80’s, but despite the unexpected loss of their lead singer, they are now back and stronger than ever. Guitarist Anders Olsson tells us the legend of Neptune.

When did you become part of Neptune, and how?

The first time I ran into the guys in Neptune was when they were out looking for a support band for a gig they arranged for invited record companies, as I recall, it was sometime during the fall of 1984. For some unknown reason, they asked the band I played in if we were interested to take that slot, which we did. About half a year later I was contacted by Neptune and asked if I was available because Jan Granvik had moved on to Glory North and they needed a new guitarist to take his position.

How did your reunion happen? What led to that decision? And how was the response, both initially and now, a few years later?

In late 2017 we were contacted by Cult Metal Classic who had found out that there were quite a few songs by Neptune that never had been released on either CD or vinyl. A few days after Cult Metal Classic contacted us, the band meet up for the first time in 35 years to talk about memories and collect what everyone had left in tapes and photos from the 80’s. All said and done, it didn’t take long before we gathered all the material needed for the Land of Northern release, and then we were just waiting to get the album in our hands. Need to say, at this time there were no plans to restart the band even if I think a few of us started to think about it.

Once the information about the album release came out, we received a lot of positive responses on both email and social media from all over the world which really came as a surprise for us. As we got closer to the release, we had the idea of shooting a video to promote the album release. We arranged some equipment in a warehouse and with some simple lighting, a smoke machine, and a few cameras, we were some 35 years later once again standing next to each other playing our songs.

Well, if only performing playback to our old tapes, we really felt, let’s do it. Let’s see how far we can take this, and not long after that, various offers to play at festivals and venues started popping up. We were taken by surprise. We really tried but struggled to get a sensible setlist at such short notice. The demand we put on ourselves meant that two guys from the original lineup chose to step down and the rest is history. Since then, have we released 2 EPs and another full-length album, and if the pandemic hadn’t gotten in the way, we would probably have been out playing a lot.

Ray Alex tragically passed away not long after the reunion was made official. How could you possibly recover from such a loss?

At the time when Ray Alex passed away, we already had a festival booked in Greece and we were in discussion with Muskelrock and The Abyss. To get the machinery going, we had started recording several songs for an upcoming album, where Ray had recorded some demo-vocals for us to get a better grasp of the song structure, 2 days later he was gone.

We took a two-week break to rethink what to do. I think Roland, being Ray Alex’s younger brother felt this is over, we can’t take this any further. But after some mourning and thinking, we decided to cancel the Greece gig but do the Muskelrock festival and The Abyss gig, to honor Ray Alex. Once these gigs were done, the Neptune machinery was up and running, and it couldn’t really be stopped.

Do you think Neptune’s story would have looked different today if the band had actually managed to get a record deal some time back in the 80’s?

Probably, it’s known that we never manage to land a record deal at the time, and we were really lousyat tape trading, it actually took many many years before the demos started getting any word of mouth. The first real evidence that the demos had been traded someway is the collector’s item; Metal Knights – The Resurgence of Swedish Steel where the song Enemies was included, but that was nearly 20 years after the song was recorded.

If we had one or two records released during the 80s, we would probably have held out until the Grunge came and knocked out many 80’s metal bands like a viral pandemic. And if we had released a real physical album during the 80’s, we would have had a much better legacy to build on today. As it is now, there is a lot of mysticism behind our demos and even if they have managed to spread far and wide, it is by no means a good basis to stand on as if you had one or two real physical albums released in the 80’s.

Better late than never: in the last 5 years, a full-length album, 2 EPs, the Land of Northern compilation, as well as the Legends From the North box from Jawbreaker Records have materialized. Will you continue to produce releases in the same tempo? Or what other plans do you have for the future?

Absolutely, as of today, we have more than 25 songs demo recorded and I’m pretty sure that 7-8 of them, if not more have the quality that we want and expect for an upcoming album release. It’s too early to say anything about a release date, but I’m hoping for an early spring date in 2023. With that said, it’s not a secret that we wanted to play live as much as possible and that the pandemic put a bit of a halt to that, and the number of bands that now are fighting for a slot in these festivals and venues is massive.

What’s the connection between Neptune and Gotham City?

That Neptune and Gotham City connection happened before my time, but here are my findings.

The original Neptune was on hiatus while Tommy Mikk was doing his military service. In one way or another, Ray Alex and Jan Granvik continued to work together, and a really short-lived lineup of Neptune started sometime in late 1984 or early 1985. Worth mentioning, this lineup wasn’t approved by the original band members, because the band was only on hiatus. Björn Melander had just recently left Gotham City and moved to Stockholm to seek new opportunities when he got appointed as a bass player in this “Ray & Jan” version of Neptune. To quickly start up the band, they took two older Neptune songs; Burglary Man and Enemies as well as two songs that Björn brought with him; Poem and Afraid of the Beast. Incidentally, Poem was a reworked version of Gotham City‘s Fight and Die.

The songs that Björn brought to the band were partially recorded with Jonas Östman just before Björn left his hometown Umeå. The foundation of the songs (drums & bass) was recorded in Umeå and the vocals and guitars were recorded in Stockholm. Enemies and Burglary Man, were re-recorded with this new but very short-lived lineup of Neptune. All these recorded versions can be found on the Land of Northern album. Earlier versions of Burglary Man and Enemies can be found on the cassette Join the Battle on the Legends from the North box. So, the Gotham City connection is mainly Björn Melander and the style of songs he brought to this short-lived setup of the band and of course Jonas Östmans on drums on these two songs.

Get the Legends From the North 3-tape box set now! The 3 tapes in the box spans 40 years of Neptune’s career, from 1980 all the way up to 2020. In total, the three cassettes contain 38 songs, including several demo tracks that have never before been released to the public ear.