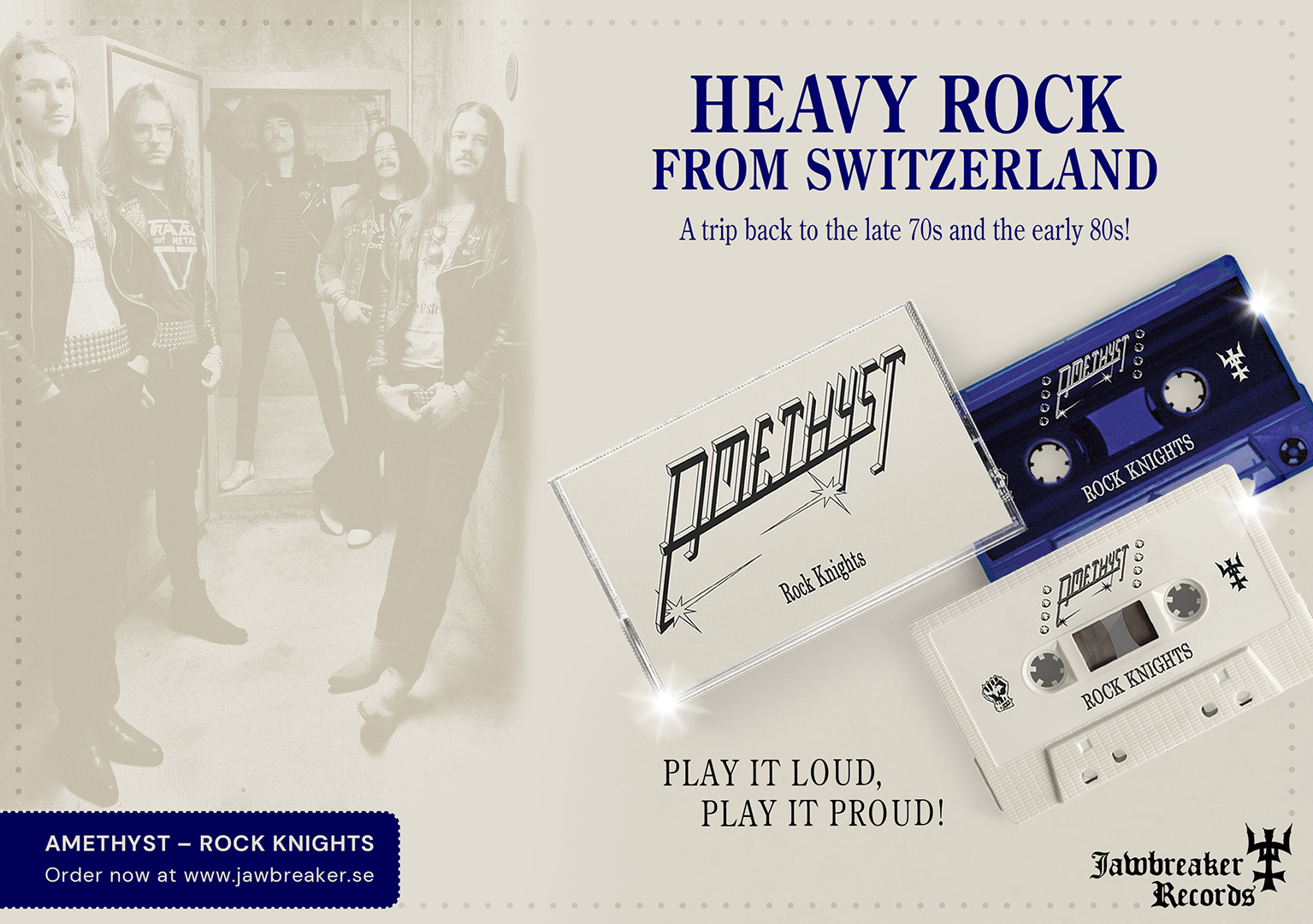 Amethyst is a new Heavy Metal band from Switzerland, formed in 2020 out of the ashes of the previous band Midas Touch. Their goal is to play Heavy Metal, as it was intended by the noble elders, straight from the hearts of the band members to pierce those of the listeners. The inspiration comes not from a specific band in particular, but rather from the sound in general of the era between 1979 and 1981, and the spirit of said time. Rock Knights is Amethyst‘s debut 4-song tape, out on Jawbreaker Records in March 2023.