To get ourselves ready for the upcoming release of Nidhöggr’s new tape Draugr here on Jawbreaker Records, we decided to interview the band’s guitar player and mastermind Hveðrungr about Nidhöggr’s origins, present and future (as weaved by the norns). Give it up for Hveðrungr, who some of you might already know from speed-thrashing-Exciter-style outfit Under Attack or from his past in Pagan Rites and Styggelse. 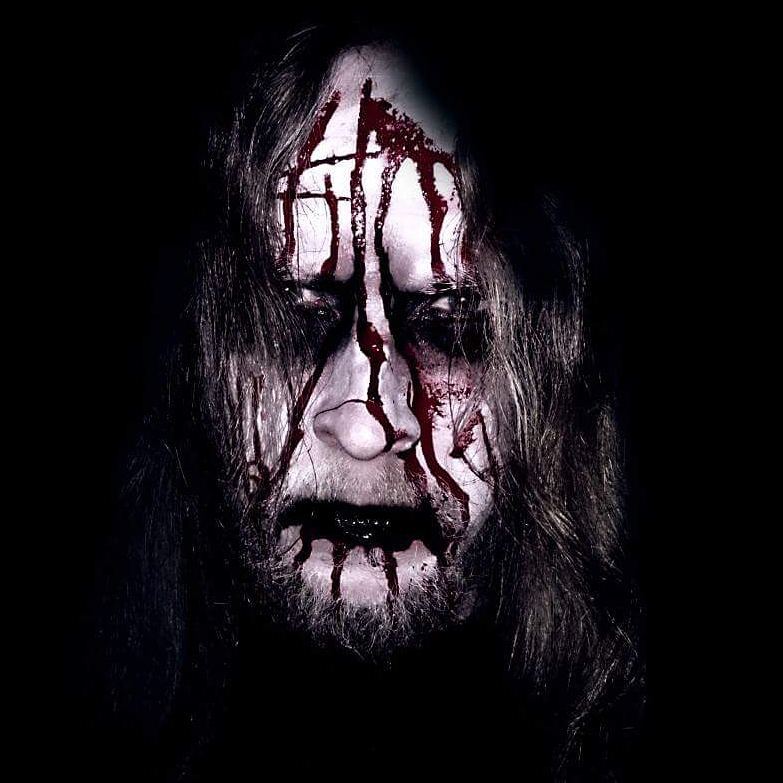 Can you tell the readers a little about the idea behind Nidhöggr? How did the band come into being?

I (Hveðrungr) started this band myself. I recorded one song and tried to recruit other members. This was in 2013 when I left Gothenburg and quit as bassplayer for Styggelse. I also quit my role in Pagan Rites for the same reasons being the number one reasons, distance. I could not travel this long several times a week. Later in 2014 I found myself in Nidhöggr with members in four different towns. Not a change for the better but we manage to go forward.

Why have you chosen the Icelandic/Norse theme?

The Norse theme is chosen as a perfect way to describe what going on in the world today. Ragnarök is upon us as all countries are busy showing of muscles. It does not need anything big to tip this mountain of shit over and make us all start killing each other. I also feel a connection to all of what some call “Norse mythology”. Like all religious stories it is all basically metaphores to describe other things. Iceland itself has nothing to do with me but the language is the closest we get to old Norse dialects today. But we only got half a lyric, a verse in old norse so none should get hung up on this.

Basically we are a metal band. And we do metal. Our personal beliefs may differ and it does not reflect why we do what we do.

Where do you draw your inspiration from?

Inspiration comes from a lot of stuff. When I write songs I draw influences from everything in my record collection, like Bathory, Nifelheim, Tormentor, Root, Immortal, Emperor, Mayhem, Marduk, Master’s Hammer, Accept, Judas Priest, Iron Maiden, Exciter, Manowar, W.A.S.P…. But most stuff turns out to be quite 90’s black metal.

You have a past in Pagan Rites, Styggelse and a few other bands. How has your writing style changed through the years and bands you have went through?

The change from Styggelse is that I do write. In Styggelse I wrote one bassline and Larsson changed half of it. Haha.

In Pagan Rites we wrote a quite thrashing EP. Nidhöggr is not comparable to this, even though it sometimes might remind you of this (track 8 of Ragnarök, “The nine”).

Recently you also joined The Ancients Rebirth. Anything you can tell us about that? How is the scene in Falkenberg in general?

Ah… The Ancients Rebirth. We are working on new stuff right now and it’s stuff like I never use to play… Ever. Thoth is a real schooled jazz guitarist and use language I do not. But we seem to understand each other and I practice a lot on my own. If I don’t, this can not work. We are making some progress though. But I can not tell you anything else of when a new release is due.. Not right now.

The metal scene in Falkenberg is small. Some bands and some tour a bit but most of them play a style that doesn’t exist in my own universe. Haha.

Any plans on hitting the stage with Nidhöggr?

We have to rehearse more. We live in three different cities so this takes a while. But this is our goal.

You also run the label Lake of Fire Productions. What’s your driving force that made you start the label? Any plans for the future?

How would you describe Nidhöggr to someone who has not heard it before?

Hard to say. Second wave black metal. No suicidal whining bitching about how tough your life is bullshit. Our sound is still developing but expect harder and more power for future releases.

Anyone like this – great. Buy the records and order merchandise. If not… Fuck off!

Sign up for the newsletter to get informed when the next interview comes online, and don’t be afraid to leave a comment below. Stay true to heavy metal… in the night!

One thought on “Nidhöggr interview”