Brace yourselves for JAW-014: The official reissue of Mindless Sinner – Master of Evil on cassette! This is the first time ever that the heavy metal legends’ groundbreaking debut EP will be available on cassette, which of corpse is the most metal of all formats. 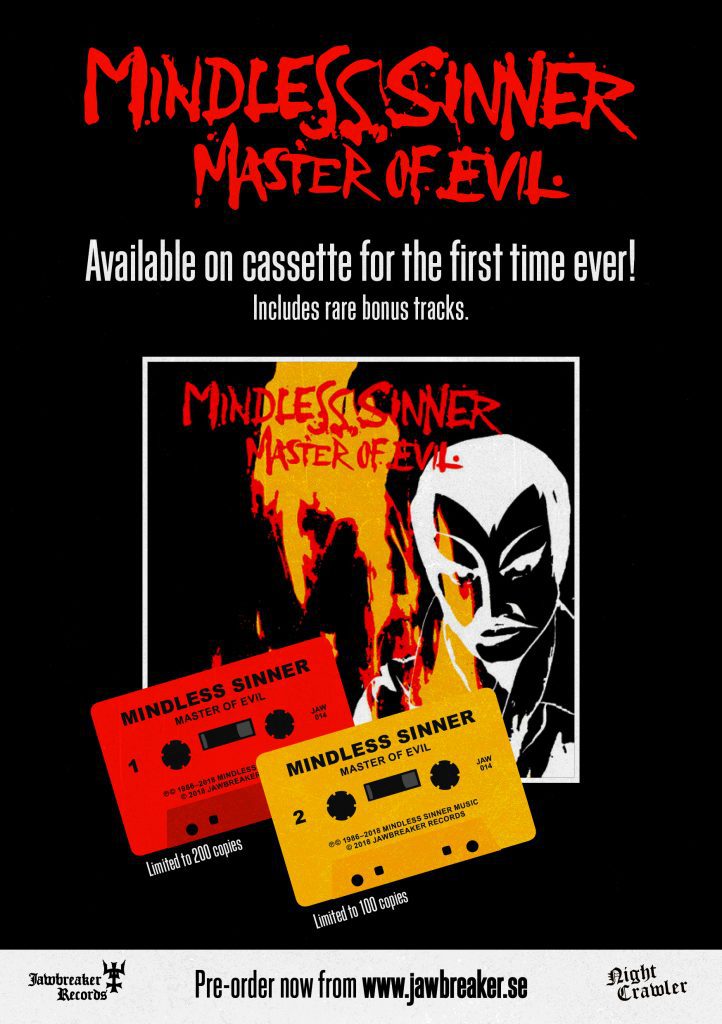