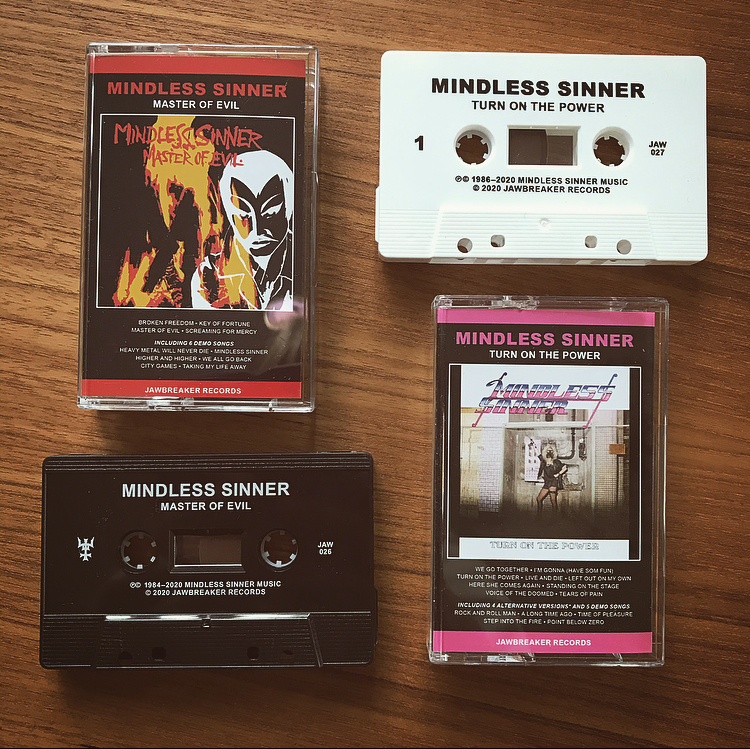 After have being sold out for a long time, both of the groundbreaking 80’s releases by Swedish Heavy Metal legends Mindless Sinner are now back in improved cassette editions on Jawbreaker Records.

The releases in question are of course the Master of Evil EP from 1983 and the debut album Turn on the Power from 1986. Both have gotten a new layout since the first Jawbreaker version and the dark colour theme will look great next to the first edition if you already have it in your collection. Like before, Master of Evil comes with six bonus tracks and Turn on the Power comes with nine (!) alternative recordings and rare demo songs. What is new this time is that the bonus tracks on Master of Evil have been re-mixed specifically for this new tape version (well, to be honest the first edition were supposed to have this mix as well… but due to the alien factor it was the original mix that ended up on the tape). These new versions really makes the songs shine, and you can here some cool details which where previously not audible (like on the outro to We All Go Back).

Get them while they last – only available on Jawbreaker Records!